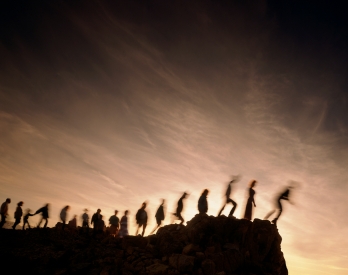 In my last blog I wrote about silence being the enemy of good ethical behaviour. To reiterate; being silent if you see unethical behaviour is as bad as the behaviour itself. I believe it is a point most would easily accept. But if so, why do so many people keep quiet?

Self-interest plays the significant role. Not wanting to lose your job or your status are powerful inhibitors. By not “rocking the boat” or “keeping our head down”, people hope that they will avoid upsetting those with the power to sack them. Moreover, if you are in a law firm, it  may allow you to keep a client.

Sometimes we do not want to accept self interest as the reason for our ethical inertia. This is  a form of self-deception; a rationalisation which convinces us we need not take action. So we dress up doing nothing by satisfying ourselves that the wrongdoers are cleverer than us; they understand things we don’t. Or maybe we say “they must have considered the ethical ramifications, so it is not for us to revisit those issues.” There are even times when we excuse it by saying it is “above my pay grade” to question such wrongdoing. Human nature, it is suggested, makes it easier to rationalise not taking any steps to confront unethical behaviour than to challenge it.

As professionals, we think of ourselves as being more than technical advisers. Having professional status involves serving wider interests than just our own and that of the organisation we work for; or the client in front of us.  And yet, when talking to many lawyers, ethical issues are limited to important, but narrow matters, such as conflict of interest or client confidentiality. Wider issues such as upholding the rule of law and promoting equality and diversity are often seen as Olympian ideals that have little to do with our daily work.

Furthermore, many of us entrust the responsibility to the abstract idea of “the Firm” or “the Company”. This belies the fact that a firm or company is the sum of the people who work for it. And here is the nub of the issue: ethical responsibility is a personal responsibility. It requires the individual to want to live up to the ethical standards we set ourselves and have the courage to do so.

Preet Bhara, the insightful and outspoken US Attorney for the Southern District of New York, speaks of lawyers being leaders or lemmings. “A leader is a person of courage and action, with integrity and an independent mind. A lemming is a small and unattractive rodent that will follow other unattractive rodents off a cliff.”

Understanding why people condone unethical behaviour is vital when managing ethics in-house or in a law firm. Without that insight, you cannot build an environment in which people act ethically. And that will be the subject of my next blog.

Research and Commentary on the Legal Professions